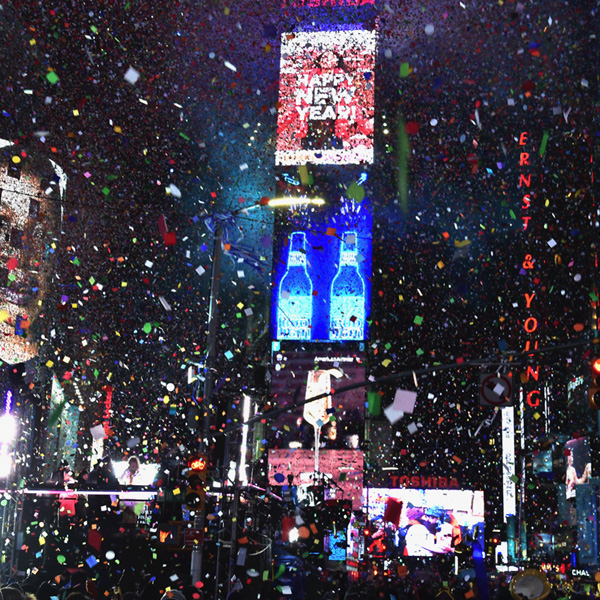 $1 Million Drawing to be Broadcast on

LOS ANGELES, CA (September 8, 2020) – dick clark productions and POWERBALL® announced today that they are once again teaming up to present the “POWERBALL First Millionaire of the Year” promotion following a successful inaugural launch last year. The promotion will award five randomly selected finalists the chance to win $1 million in a special drawing to be held just after midnight on ABC’s broadcast of “Dick Clark’s New Year’s Rockin’ Eve with Ryan Seacrest 2021.”

“POWERBALL is excited to offer players a new opportunity to win $1 million during America’s biggest New Year’s Eve celebration,” said May Scheve Reardon, POWERBALL Product Group Chair and Missouri Lottery Executive Director. “The renewal of this promotion is a fun way for lotteries to continue their vital mission of raising funds for good causes in their respective jurisdictions.”

“We’re thrilled to once again partner with POWERBALL to make more dreams come true as audiences gather to bid farewell to 2020 on the top-rated New Year’s Eve broadcast,” said Kevin Patrick Smith, Senior Vice President of Business Development and Partnerships, dick clark productions. “It was such a powerful moment last year when we crowned a very deserving ‘POWERBALL First Millionaire of the Year’ winner live on the air, and we cannot wait to help a new winner kick off 2021.”

Participating lotteries will hold second-chance drawings and contests in their respective jurisdictions to determine the semi-finalists for the $1 million prize. Five finalists, randomly selected from that pool, will win one of two prize package options: an at-home New Year’s Eve party package including a $12,500 cash prize, deluxe dinner for eight, 70 inch LED TV, karaoke system, $500 gift certificate to Party City, and more, plus an entry in the $1 million drawing to be the “POWERBALL First Millionaire of the Year” during the broadcast of “Dick Clark’s New Year’s Rockin’ Eve with Ryan Seacrest 2021;” or an all-expense paid VIP trip for two people to New York City for an unforgettable New Year’s Eve celebration and an entry in the $1 million drawing during the broadcast of the show. As always, the health and safety of the finalists is of the utmost importance, and prize packages are subject to change based on safety regulations and guidelines set forth by national and local health officials.

Last year, more than 300 POWERBALL players and their guests traveled to Times Square in New York City for three days of VIP holiday activities leading up to New Year’s Eve. Ultimately, Blaine Marston, from Passadumkeag, Maine, was revealed live on-air just after midnight as the $1 million winner by country artist and POWERBALL correspondent Jessie James Decker, becoming the “POWERBALL First Millionaire of the Year” in 2020.

Additional details regarding production of the show will be announced at a later date.

For more information on the “POWERBALL First Millionaire of the Year” promotion, please visit www.powerballrockineve.com.

About POWERBALL
It’s America’s Game! Since 1992, POWERBALL® has inspired the country with a chance to become a millionaire, while raising nearly $22 billion for good causes supported by lotteries. POWERBALL set a world record jackpot of $1.586 billion in January 2016. The record prize was shared by winners in California, Florida and Tennessee. POWERBALL tickets are $2 per play. Tickets are sold in 45 states, the District of Columbia, Puerto Rico and the U.S. Virgin Islands. Drawings are held every Wednesday and Saturday at 10:59 p.m. ET. More than half of all proceeds from the sale of a POWERBALL ticket remain in the jurisdiction where the ticket was sold. For more information, visit www.powerball.com.