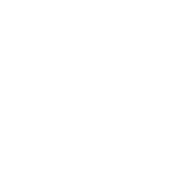 It’s America’s Game! Since 1992, POWERBALL® has inspired the country with a chance to become a millionaire, while raising nearly $22 billion for good causes supported by lotteries. POWERBALL set a world record jackpot of $1.586 billion in January 2016. The record prize was shared by winners in California, Florida and Tennessee. POWERBALL tickets are $2 per play. Tickets are sold in 44 states, the District of Columbia, Puerto Rico and the U.S. Virgin Islands. Drawings are held every Wednesday and Saturday at 10:59 p.m. ET. More than half of all proceeds from the sale of a POWERBALL ticket remain in the jurisdiction where the ticket was sold. For more information, visit www.powerball.com